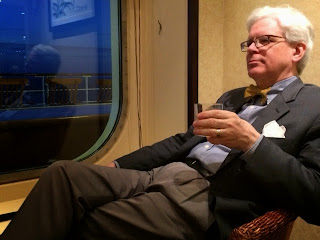 A flight back on British Airways and a return to home and hearth and letting Mr. Saunders in and out the door. Back on the desk come Tuesday.
Posted by John McIntyre at 9:50 AM 2 comments: